The Meadowvale name has been in business in Victoria for almost two decades and has been our family business name for over 80 years. 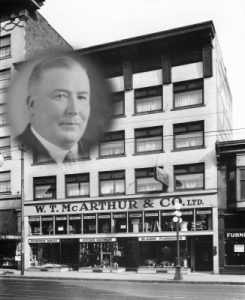 Meadowvale Home Inspection Services began as something totally different – a dairy farm. Incorporated in Vancouver in 1935, Meadowvale Dairies grew into a thriving business providing milk and other dairy products from the family farm in Pitt Meadows. W.T. McArthur, the founder of Meadowvale Dairies, was appointed to the Dairy Marketing Board of BC at the time and was a strong promoter of the dairy industry in BC. Meadowvale Dairies quickly built a reputation for integrity, teamwork, and commitment to quality and the community which led to its purchase several years later by Canada Safeway.

McArthur branched out into a number of other business ventures, including several hardware stores in Vancouver, with the main one on lower Granville Street – W.T. McArthur and Co. Ltd., as well as a real estate and property acquisition syndicate with then BC Attorney General, Gordon Wismer. McArthur was appointed to the newly created Liquor Control Board by the provincial government at the time and was in charge of issuing liquor licenses in the City of Vancouver.

While the dairy farm and hardware store no longer exist, McArthur’s dedication and commitment to quality and community lives on. 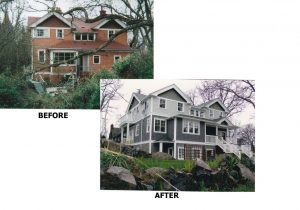 property acquisition, and land development. During that time, Meadowvale Developments also acquired and operated a number of rental and holding properties including an apartment building in the center of Fernwood Village as well as the iconic Roxy Theatre on Quadra Street. While both of those have now passed on to other owners, Mike’s involvement in building and real estate has continued.

Mike was born and raised in Victoria. He attended Hillcrest Elementary and Lambrick Park Secondary schools in Gordon Head. He currently lives in Oak Bay with his wife and daughter and their three cats. You can often find him working at either Hollywood Park or Pemberton Park for Beacon Hill Little League where he volunteers most of his spare time dealing with building repairs, park improvements and electrical issues. Mike recently was the general contractor for the construction of new concrete bleachers at the Hollywood Park ball diamond for Beacon Hill Little League along with many other infrastructure upgrades. If he’s not there or doing home inspections, he’s usually working on vintage automobiles, walking the parks and beaches or riding his bike around the neighborhood with his daughter (provided she isn’t playing softball that day!)

Mike has bought and sold over 20 properties in Greater Victoria and continues to actively pursue real estate investment. He became a fully qualified BC Home Inspector in 2008 and operates under the name Meadowvale Home Inspection Services.

The Meadowvale name still reflects the same dedication to quality, value, integrity, and community today as it did for W.T. McArthur many years ago. The Meadowvale name is our promise that no customer will ever go away dissatisfied with a Meadowvale Home Inspection.

Meadowvale places top priority on protecting the privacy of clients both online and offline. We will never provide any personal information to a third party without your written consent, and we always use unmarked vehicles on the inspection site. For full details, please view our Privacy Policy.

Meadowvale Developments and Inspection Services Ltd. is licenced by Consumer Protection BC and operates under Licence Number 60826. For more information, visit About Meadowvale.

Copyright ©2020 - Site designed by Meadowvale Inspections. Powered by the Genesis Framework. Get in Touch.

Call Now Button
Covid 19 Update
We continue to provide inspections at this time. We wear masks and gloves for the protection of both clients and ourselves, and ask that residents and others be away from the premises during the inspection. While walk-thoughs no longer take place, we are happy to discuss our findings and written report in detail on the phone.
X
Clicking "I accept" indicates your agreement with our cookies and privacy policy.I acceptPrivacy policy